Home About us News

FERZOL Lemezmegmunkáló Kft. received the award for a successful enterprise.

The aim of the award for successful enterprises is to recognize, make known and encourage companies, small and medium-sized enterprises and start-ups operating in Hungary that contribute to the growth of our Hungarian economy and, for example, serve the realization of successful enterprises. The Award will be presented at the initiative and organization of the Ministry of National Economy from August 2013 in three categories, on a monthly basis: "Investor of the Month", "Small and Medium-sized Enterprise of the Month" and "Start-up Enterprise of the Month".

In the award-winning selection of small and medium-sized enterprises of the month, enterprises that do not have a reduced number of employees, have a strict payment morale, are engaged in export and / or supplier activities, carry out innovation activities, as well as flexible forms of employment, labor market disadvantages are recognized. are applied. The award is a recognition for those economic actors who play a significant role in the advancement of Hungary's economy, their activities are exemplary for other enterprises, and they represent the innovative spirit that is Hungary's strength. Every month, with its establishment, attention is drawn to companies, small and medium-sized enterprises, and start-ups that are a good example of the opportunities inherent in achieving the common goals of the state and private enterprises. By presenting successful businesses, their social role can become known, by presenting outstanding practices worth following that can serve as a model for the implementation of further successful businesses. The awards also serve the purpose of making those who have made a significant contribution to the country’s success feel and know that they can count on the Government’s attention, recognition and support.

According to the decision of the professional jury, Ferzol Lemezmegmunkáló Kft. became the small and medium-sized enterprise of the month in September 2016. The award was accepted by Zoltán Bíró, owner and managing director, in the ceremonial hall of the Ministry of National Economy. Thanking the recognition, Zoltán Bíró said the following after receiving the award: "The hard work of 25 years includes all the will and strength of my family, the professional creativity and knowledge of my colleagues, but from the period after the change I know that we have a responsibility as a Hungarian family business, and that our reliability, honor and integrity are the key to meeting this challenge. It is also worth undertaking and working in Hungary. "

FERZOL Lemezmegmunkáló Kft. In Tápiószőlős - as one of the largest taxpayers and employers in the immediate vicinity - has been significantly contributing to the development of the settlement, and has been operating in the field of metal processing, including flat plate processing, since 1990 until now. Sheet metal parts for agriculture, the automotive industry, the food industry, refrigeration technology, control technology, and IT Banking Technology are now shipped and incorporated into the products of multinational companies to many parts of the world, from North America to the Far East. As a 100% Hungarian-owned company, FERZOL Kft. Now has a production and storage capacity of 23,000 square meters and employs more than 400 people as the largest employer in the area. The company is proud to be able to present excellent results on the world market thanks to its continuous development, the application of high technology and the excellent professionals of Tápiószőlős and its surroundings. 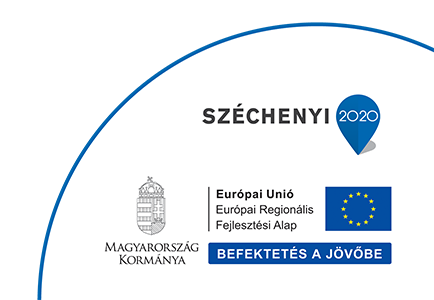